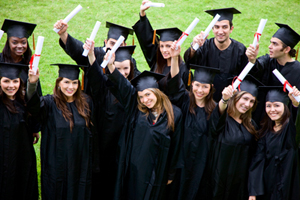 Information on the James R. Leva Scholarship is will be available in January 2021.

The James R. Leva Scholarship is sponsored by NJUA to assist NJUA member company employees who are employed in New Jersey, or a member of their family, in pursuing their higher education goals. The scholarship is named for James R. Leva, Jersey Central Power and Light executive and NJUA President from 1990-1991, whose professional achievements serve as a model for those who seek to advance themselves professionally through continuing education.

If awarded to an NJUA member company employee, the award is intended to cover educational expenses not covered by his or her company’s tuition assistance policy, if any. If awarded to a spouse or dependent, it may be applied only to tuition.

The same year he advanced to cadet engineer in the utility’s Central Division Engineering Department and was promoted to assistant engineer the following year. He was made personnel assistant in 1962, assistant manager-employee relations in 1963 and manager-employee relations in 1968. He became vice president-personnel, safety and services in 1969 and vice president-consumer affairs in 1979.

He completed post-graduate and special utility courses in labor relations and executive management at Cornell University and the University of Michigan. He obtained his Juris Doctorate from Seton Hall Law School in 1980 and was admitted to the New Jersey Bar the same year. Mr. Leva was president of Pennsylvania Electric Company (Penelec) in Johnstown, PA, from 1982 to 1986 and president and chief operating officer of JCP&L in Morristown, NJ, from 1986 to 1992. From 1992 until his retirement in 1997, Mr. Leva was chairman, president and chief executive officer of General Public Utilities Corporation (GPU), GPU Nuclear Corporation and all other major GPU subsidiaries.

The complete scholarship application, as well as requirements for eligibility and additional information, will be available in January 2021.