Trenton, NJ – The New Jersey Utilities Association (NJUA) has awarded the utility industry’s highest honor, the NJUA Distinguished Service Award, to Alfred C. Koeppe for his leadership and accomplishments on behalf of New Jersey’s investor-owned utilities. The award was presented during the Association’s 100th Annual Conference at Harrah’s Resort in Atlantic City. 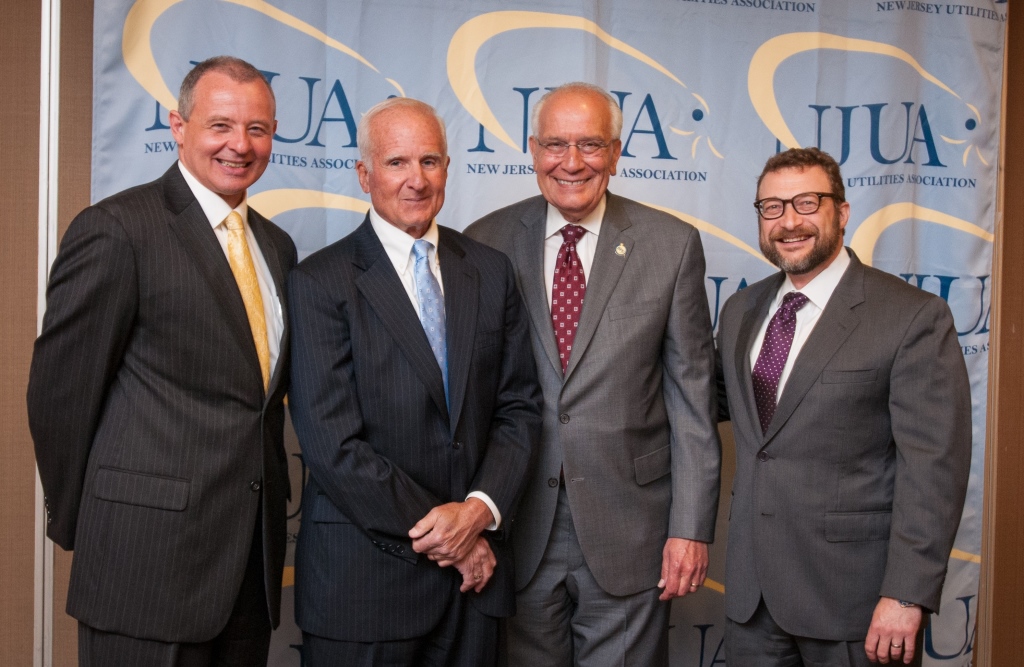 A veteran of the utility industry, Koeppe previously served as president and chief executive officer of Bell Atlantic-New Jersey and president and chief operating officer of PSE&G. He first began his career in the Operations Department of New Jersey Bell in 1969. He later became a trial attorney for the New Jersey Department of the Public Defender, Division of Rate Counsel and for AT&T where he worked on the historic antitrust case dividing the telecommunications giant into a number of smaller companies.

“Al has had a tremendous impact on the utility industry over the past four decades and was an obvious choice for this award. His career is an inspiration to many in the industry,” said Andrew Hendry, president and chief executive officer of NJUA.

Most recently, Koeppe worked with business leaders to improve the local economy and schools in Newark as president and CEO of Newark Alliance, a position from which he retired in 2014.

“Al is a highly respected leader in the state, both for his extensive experience in the utility industry and his strong commitment to philanthropic causes. He truly exemplifies community service,” said Vince Maione, chairman of NJUA’s Board of Directors and president of Atlantic City Electric Company.

As the 27th recipient of the NJUA Distinguished Service Award, Koeppe joins the ranks of past recipients who include, among others, former Board of Public Utilities commissioners, including Governor Brendan Byrne, utility company executives, attorneys and others who have made significant contributions to the industry.